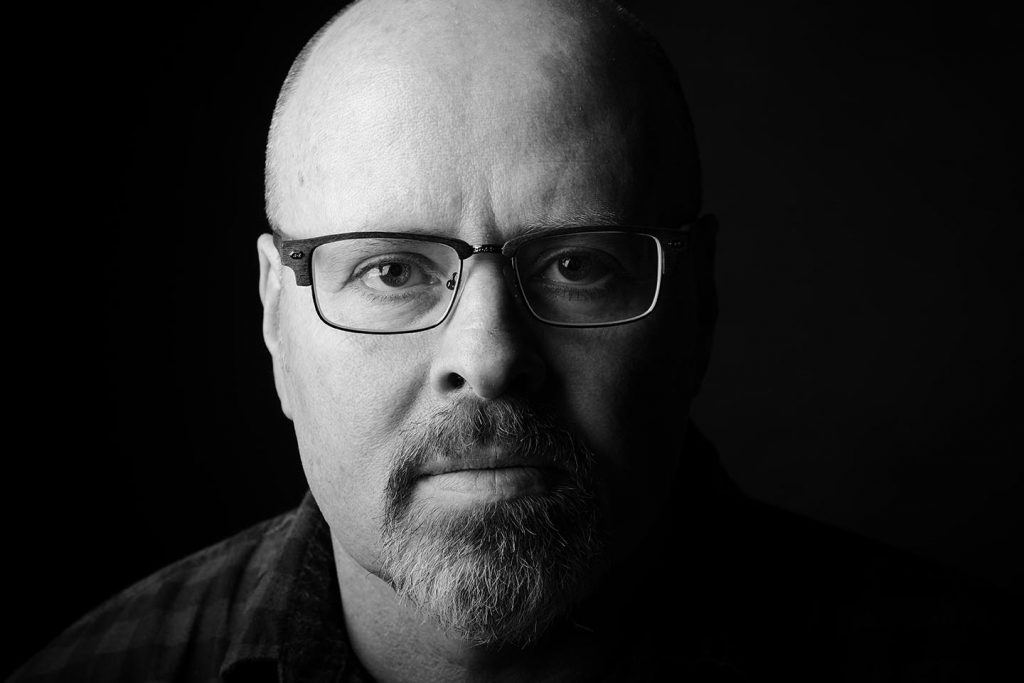 Quinn Kirkpatrick is a creative photographer with a background and technical skills that are unmatched. He has an eye for capturing beautiful images, and is eager to assist you in achieving your visual marketing goals with his captivating photography. When he’s not behind the lens, Quinn can also be found gripping, running a teleprompter, coordinating a project, handling audio, or even operating a film camera too. He’s definitely a jack of all trades!

Born and raised in Southern, IL Quinn Kirrpatrick has always had a passion for creating images. Most of his youth, his dad had a darkroom which spurred his interest in photography. After multiple major changes in college, he decided to pursue photography as a career. In 1989, Quinn received his photography degree from Southern Illinois University.

Quinn moved around the country for a while working in commercial studios and darkrooms, as well as a stint as a newspaper photojournalist. In 1993, he landed in Rock Island, IL, to take a Photography Lab Manager position for a commercial studio in the area and met his future wife. The rest is history!

After starting his family in 2002, he decided to open his own photography studio. Quinn specializes in lifestyle & documentary portraiture, commercial work, portraits, large and small group photos, product, and journalistic photography.

Quinn started shooting with the dphilms crew around 10 years ago when the needs for combined/multi-camera still photography and videography shoots started to rise. Now, he is our production coordinator and full-time photographer. He is a master at his craft and has mad skills when it comes to natural lighting!